Dancing With the Virgins by Stephen Booth 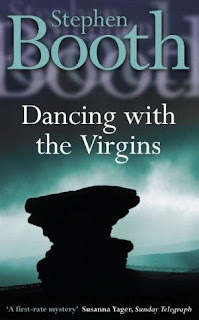 In this second book in the series, Cooper and Fry investigate the death of a woman, and attacks on others, in a national park area, near the Stonehenge-like stones called the Nine Virgins. The book revolves around the investigation, of course, but much of it is also about the water-and-oil relationship between Cooper and Fry. While the book is a bit slow in some parts, the mystery does unravel in rather surprising ways. Booth is an underappreciated mystery writer, which is a shame, because he is really great at bringing his characters to life. He also writes about the haunting moors, the farms and even the slaughterhouses in the area with compelling details. This is a series I'd highly recommend.
Posted by Lourdes at 10:07 AM No comments:

Email ThisBlogThis!Share to TwitterShare to FacebookShare to Pinterest
Labels: Dancing With the Virgins, Stephen Booth 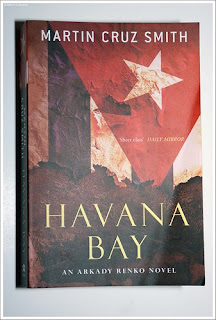 Protagonist: Arkady Renko
Setting: Havana
Rating: 4.3
In this fourth book in the series, Moscow investigator Arkady Renko finds himself in a post-Soviet Havana, investigating the death of Russian spy Sergei Pribluda, found floating on an inner tube in Havana Bay. The Cubans insist it was a natural death; Renko, of course, disagrees. Renko has another reason to be in Cuba, one driven by personal reasons. Still reeling from a great tragedy, he tries suicide. But in the midst of killing himself, someone breaks into his apartment and tries to kill Renko. Instead, Renko kills the intruder with the needle he was going to use on himself. This doesn’t endear him any more to Cuban police, who really don’t want him there. But one policewoman, Det. Osorio, eventually comes to believe in Renko. Both are outsiders, in different ways, and make a perfect team. Not only does Cruz Smith deliver a powerful plot, but he captures the Cuban psyche and life under Communism in the “Special Period” perfectly.
Posted by Lourdes at 10:38 AM No comments:

When Will There Be Good News? by Kate Atkinson 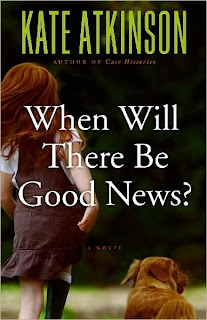 Protagonist: Jackson Brodie
Setting: Edinburgh
Rating: 3.5
When Will There Be Good News? is not your usual crime fiction book, and this seems to arouse strong feelings about it – whether you like it or not. Although the book is billed as one in the series starring Jackson Brodie, our supposed hero is this hapless person, amnesiac part of the time, who has a small role in solving the crime. Rather, the main crime solvers are Det. Chief Insp. Louise Monroe and teenaged orphan Reggie Chase. The characters are strong ones, but the story meanders and doesn’t pick up until halfway through the book. The other important character is Dr. Joanna Hunter. As a child, her mother and two siblings were killed; the killer is released from jail at about the same time that Hunter disappears. This is where our trio of protagonists, whose stories have been told separately, finally converge. Atkinson’s writing, and her wit, are wonderful. But if you want a linear, more traditional mystery, then you may be one of those readers who fall on the side of disliking it.
Posted by Lourdes at 9:58 AM No comments:

Email ThisBlogThis!Share to TwitterShare to FacebookShare to Pinterest
Labels: Kate Atkinson, When Will There Be Good News
Newer Posts Older Posts Home
Subscribe to: Posts (Atom)