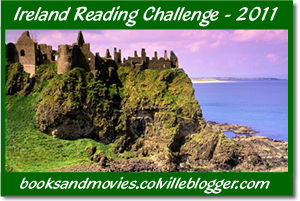 As if I didn't have enough to read, I've decided to join two reading challenges next year.

The first is the Agatha Christie Reading Challenge. I've been thinking about it for a year, as I follow my friend Kerrie's reading of Christie novels. I figure it will take me years to read all of Christie's novels, but I have to start somewhere, right? You can join the challenge, too, at Kerrie's site.

The second is the Ireland reading challenge. My family and I hope to make a visit next summer, so this is perfect. I'm going for the Kiss the Blarney Stone level (6 books). I'm thinking about Ian Sansom's Mobile Library series and Tana French's The Likeness, already on my TBR pile. Any ideas for me? Leave a comment, please. For more about that challenge, see here.
Posted by Lourdes at 12:55 PM 1 comment:

Who are your favorite fictional detectives?
Posted by Lourdes at 11:28 AM No comments: