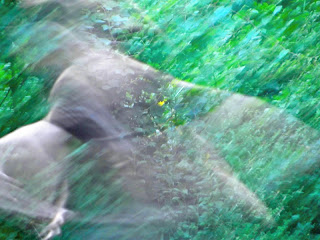 Yes, little kids dressed up in costumes are cute. But Halloween's real thrills, those are reserved for those of us who love to read about things that go bump in the night.

To that end, I have some recent treats -- and one that was a real howler.

Two recent historical fiction mysteries delve into old legends. Unholy Awakening by Michael Gregorio takes us into Napoleonic Prussia in the early 1800s, when people truly believed in the undead. When a woman is found dead with bite marks on her neck, vampire fear sweeps through the town. See my full review here.

The Demon's Parchment by Jeri Westerson is another historical novel, based on a true story. It's 1384 in London, and someone has hired Crispin Guest to retrieve a stolen Hebrew parchment -- one they believe has the power to summon a golem -- a devil. Young street urchins are also being killed -- by this same monster or someone more human?
See the full review here. Westerson writes with such detail that I want to go back and read the earlier ones in the series now.

Some things should not be resurrected. Unfortunately, that's what Dracula, The Un-dead tries to do. This sequel, written by Bram Stoker's great-grandnephew, Dacre Stoker, and screenwriter Ian Holt, is a huge disappointment. They bring back not only the characters from the classic, but also make the author, Bram Stoker, into a character as well. It's a mess. Pass on this one.

For more chilling reads, check out the special Halloween issue at Reviewing the Evidence, as well as Mystery Fanfare's list and LJ Robert's picks.
Posted by Lourdes at 5:37 PM 1 comment:

Bury Your Dead by Louise Penny

I love Autumn for several reasons: the beautiful, rich colors on trees, the smell of wood smoke in the air, and a new Armand Gamache novel. Reading one of Louise Penny's books has become a Fall ritual for me - and this one I've been eagerly awaiting for a year.

A year ago, The Brutal Telling ended in a bit of a cliffhanger. Could our heroic, intelligent, honorable Gamache gotten it wrong, sending an innocent man to jail? Well, Penny answers that question in this book. But that's only one of three story lines. And it is Gamache's second-in-command, Inspector Jean-Guy Beauvoir, who goes to Three Pines to unofficially ask questions.

Gamache, meanwhile, is in Quebec, visiting his mentor and recuperating, physically and emotionally, from a police operation that went horribly wrong, killing several agents and wounding Gamache. But when a man's body is found inside the city's Literary and Historical Society's library, where Gamache has been spending time, the Sûreté's chief inspector is pulled into the investigation.

The third story line, an emotionally wrenching look into the operation gone wrong, is revealed to us slowly. Gamache is haunted by the losses, and unable to forgive himself. Penny makes these characters seem so real that you want to be there by their side, consoling them. This is a powerful story, a bit unlike Penny's previous novels, and maybe her best to date.
Posted by Lourdes at 2:46 AM No comments: