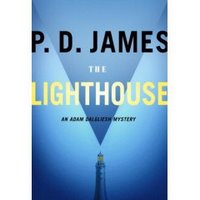 Another Man's Poison by Ann Cleeves. Another underrated British mystery. The sixth in a series featuring bird-watcher and crime solver George Palmer-Jones and his wife Molly. In investigating whether a politician poisoned protected species of birds and if that had to do with a woman's murder, they come across long-ago family secrets. Rating: B+
Posted by Lourdes at 11:28 AM