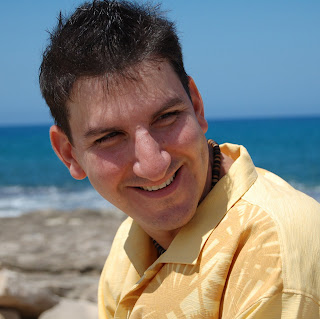 Below is my interview with Corleone:

Q. Your protagonist, Kevin Corvelli, is a former New York defense attorney now living in Hawaii – not unlike yourself. How much of your own experience did you use in forming him?

A. More than I’d like to admit, though not as much as readers might think. Fortunately, unlike Kevin, my legal career in New York didn’t end in disgrace. But Kevin and I both picked up and moved to Hawaii sight-unseen, so we each experienced the islands through fresh eyes, and I think I captured that experience fairly well in my debut novel, One Man’s Paradise. Kevin was imbued with many of my own flaws, including some of my insecurities, internal conflicts, and a taste for strong drink. But he’s also a talented lawyer, unafraid to use unconventional tactics and questionable courtroom techniques. Kevin practices law in a way many lawyers would if there were no consequences like ethics inquiries and contempt citations.

Q. At what point did you decide to stop practicing law and become a writer, and how difficult was it to leave behind a lucrative job for the unknown that is writing?

A. I began winding down my law practice in 2005, and first moved to Hawaii in September of that year. At the time it seemed like a fairly simple decision, but looking back I realize it was a life-changer in so many ways. I’ve since returned to the law in a different capacity; my current practice, the Corleone Law Firm, is limited to U.S. immigration law. It’s not quite as thrilling as criminal law, but on a personal level, it can be very rewarding.

Q. Were there other legal thriller or crime fiction writers who inspired you?

A. I began reading legal thrillers in high school. Some of my favorite authors were John Lescroart, Steve Martini, John Grisham, William Lashner, and Scott Turow. These writers inspired me not only to write but to go to law school. Later, I discovered the works of Raymond Chandler and Dashiell Hammet, and I knew how I wanted to distinguish myself from other legal thriller authors – by making my novels darker and creating a lawyer-protagonist who had the capacity to become a hard-boiled investigator.

Q. And would you describe your books just as legal thrillers? I see a bit of noir or hard-boiled in them, with endings that are not all tied up happily-ever-after.

A. I think of my books as crime novels, which covers the spectrum. I was somewhat surprised - though not disappointed - when I first saw that the cover for Night on Fire read “A Kevin Corvelli mystery.” Not because my books aren’t mysteries; they are. But they’re not your typical whodunits. I’d like to think my stories are driven more by character than by plot, and that the twists and turns in Act III are simply the olives at the bottom of a dirty martini. It’s difficult to escape the label “legal thriller” when your protagonist is a criminal defense attorney and your books culminate with a trial, but again, I think of the courtroom scenes as a way to showcase the talents and flaws of Kevin Corvelli, not as a way to dig for the truth and expose a killer.

Q. Your first novel, One Man’s Paradise, won the MWA/Minotaur Books First Crime Novel Award. How did that impact your writing? Did it make it easier to continue writing?

A. I found that it’s definitely easier (and much more fun) to write when you have a contract in place. Shortly before the release of One Man’s Paradise, I signed a contract with St. Martin’s Press for the next two Kevin Corvelli novels, and knowing that they’d be read by at least a few thousand people pushed me in ways writing on spec never could.

Q. Hawaii, to anyone who’s visited, is paradise. But you show a different side – even when he’s at a tourist resort, Corvelli is getting his head bashed in. What has the reaction been by locals to your books?

A. The reaction here in Hawaii has been very favorable. My latest novel received a glowing review from Hawaii’s only major newspaper, the Honolulu Star-Advertiser, and both books received acclaim from Honolulu Weekly and Hawaii Book Blog. Last year, Midweek featured me and my family in an article titled “Ex-Lawyer Writes Own ‘Paradise’ After Move to Kapolei.” More recently I appeared on ABC affiliate KITV’s morning news show and KZOO’s “Thinking Out Loud” radio program, sponsored by the University of Hawaii and the Japanese Cultural Center. For the past two years I’ve given hour-long presentations at the annual Hawaii Book & Music Festival, and I’ve spoken to local book clubs and given readings at local libraries. The response at all these events has been overwhelmingly positive, and my works received favorable comparisons to the new Hawaii Five-O, which also takes a look at the seedier side of paradise.

Q. Are you working on a third Corvelli book? If so, what is it about?

A. The third Kevin Corvelli manuscript is currently with my extraordinary editor, Kelley Ragland. In the third novel, the governor of Hawaii is suspected by the FBI of hiring an international assassin known as The Pharmacist to murder his pregnant mistress. Kevin is retained not only to conduct an independent investigation, but to handle the national news media and ensure that the FBI’s suspicions do not interfere with the governor’s bid for reelection. Meanwhile, Kevin’s most loyal client, Turi Ahina, is accused of gunning down an off-duty cop on a dark street in Pearl City days after he agrees to provide the DEA information on a ruthless drug kingpin known as Orlando Masonet. The question becomes not whether Turi shot and killed the off-duty cop, but whether he did so in self-defense. In order to discover the truth, Kevin is forced to plumb the depths of police corruption and ultimately unearth some of the city’s deepest, darkest, and dirtiest secrets.

Q. Finally, what authors do you like to read?

A. I’m currently reading (and loving) Lawrence Block’s A Drop of the Hard Stuff. My taste in novels varies; in addition to the authors I mentioned above, I read everything written by Bret Easton Ellis, Irvine Welsh, Joe Hill, David Ellis, David Rosenfelt, Stefanie Pintoff, and Todd Ritter. I also love the works of Charles Bukowski and Hunter S. Thompson. Bukowski’s alter ego, Henry Chinaski, is probably my favorite character in all of fiction.
Posted by Lourdes at 12:12 PM

I enjoyed the interview and will check out Doug's books. I have a thing for Hawaii, ever since they revived the "Hawaii 50" series on TV.
Marilyn

Enjoyed the interview.
I'll check out Doug's mysteries. I've a thing for Hawaii, ever since they revived "Hawaii 50" on TV.
Marilyn

Hi Lourdes,
It was a pleasure meeting you at our L.I. Sisters in Crime meeting ~ so glad you have found us!

This is a terrific interview with Douglas. I was privileged to meet him at Bouchercon in San Francisco last fall, while he served on a panel with RJ Ellory, Hilary Davidson, Brad Parks, with Jen Forbus moderating. What a treat to be in that audience!

I visited Hawaii in 1994, and it would be a dream to revisit. It is by far one of the most beautiful places on earth -- if not the most! People applaud when the sun goes down, it is such an awesome sight.

Best wishes to Douglas with NIGHT ON FIRE. It sounds great! All the publicity in Hawaii is super!