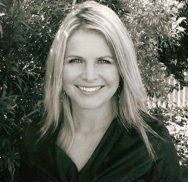 If you like cozies, especially those with a gothic twist, then Joanna Challis' new series is for you. With an appealing protagonist -- the author Daphne du Maurier as a young woman -- it's sure to gain a following. Here's an interview with Challis about why she likes gothics so much:

Q. In your new series, the protagonist is Daphne du Maurier, the author of Rebecca and other novels. How did you decide on her, and how much of what you’ve written is taken from her real life?

A. Because of my love for du Maurier, Victoria Holt, and the Brontes, my agent came up with the idea of using Daphne du Maurier as a heroine in a new mystery series. Daphne appealed to me instantly -- she came from an upper-class family with good connections - an ideal starting point to build plots upon and the era -- late 1920s -- I grew to love with Agatha Cristie's Hercule Poirot. Combining the two together was an exciting concept.

Q. How do you take an iconic novel like Rebecca, and work backward, in a way, crafting a story that could have been the inspiration for Rebecca?

A. I've read Rebecca so many times I feel I know it backwards. In MURDER ON THE CLIFFS I started with a murder and built the story form there. Often, the characters determine the direction of the story and it was easy to weave the REBECCA theme into MURDER ON THE CLIFFS. The location and the setting, a grand mansion by the sea, also helped!

Q. For me, Murder on the Cliffs led me to reading Rebecca, which I had never done (although I love gothics!). What has the reaction been from other readers to your use of this wonderful gothic novel?

A. I've heard from many readers who love the connection. REBECCA is an all-time favorite with many, however, like with every book, there are critics. As a reader, I adore the old gothics and here was a chance to re-create those classic elements into new mystery with a great heroine and a great setting - beautiful Cornwall.

Q. At least one of your other books has been described as a romance. How would you describe your books -- are they gothics, mysteries, historical fiction, all of the above?

A. Historical mystery with a touch of gothic.

Q. You obviously love gothic novels. What about them appeals to you?

A. Location, location. Setting an entire novel around a grand old house. An intriguing mystery. Interesting characters. A happy ending.

Q. Your website says you started writing at 15. When did you begin achieving success as a writer, and how has your work evolved over the years?

A. I was 20 when SILVERTHORN, my first book, was published. I wrote two others (they were all e-published). SILVERTHORN became a quick favorite and was short-listed for Romantic Book of the Year in Australia. EYE OF THE SERPENT came out next (Robert Hale, UK), my first hard-cover, and also was loved by readers. For an attempt to hit the commerical market, however, my agent and I worked on the Daphne series. We knew it was a great concept and St Martin's thought so too. I have a wonderful and supportive editor at SMP. Together I hope to continue the series.

Q. Your second Daphne du Maurier book is coming out soon. Can you tell us a little about this book, and will this series continue?

A. PERIL AT SOMNER HOUSE will hit bookstores from the 26th October. I'm very excited about it. I love any book set on an island -- this one is an island off the coast of Cornwall in England. It's also set in Winter -- a house party murder-mystery.

Q. And the question I ask everyone -- who are the authors you like to read?

A. Agatha Cristie. Victoria Holt. Jane Austen. The Brontes. Any mystery really. And, of course, Daphne du Maurier!
Posted by Lourdes at 11:07 AM

Email ThisBlogThis!Share to TwitterShare to FacebookShare to Pinterest
Labels: Joanna Challis, Murder on the Cliffs, Peril at Somner House