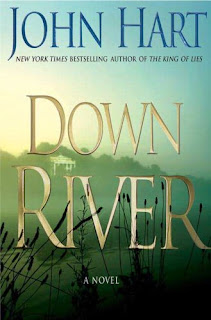 In this novel about family secrets and family dysfunctions, prodigal son Adam Chase returns to the family’s Red Water Farm, five years after being acquitted for a murder he never committed (and which was never solved). Adam was jailed on the strength of one eyewitness – his stepmother, and his father turned him out of the house. Few believe him innocent. There’s good reason for him to stay away, but he returns when childhood friend Danny Faith calls in need. But on his return, Danny is mysteriously missing. And soon after his arrival, a young woman who grew up on the farm (and is in love with Adam) is assaulted – and then there’s another murder. Adam is again a suspect. In his corner, he does have old flame Robin, a police officer who still has a photo of Adam on her bedside table, even after five years (ah, male writers…). Hart has been compared to John Grisham and Scott Turow. If you like those authors, you’ll probably love Hart. If you don’t, well, this book is still readable enough, although a little overblown, both in plot and writing. Most of the twists in this thriller were easy to figure out before the reveal. Even though it won the Edgar award and has gotten much acclaim, I hesitate to strongly recommend it.
Posted by Lourdes at 5:30 PM