Echoes from the Dead by Johan Theorin 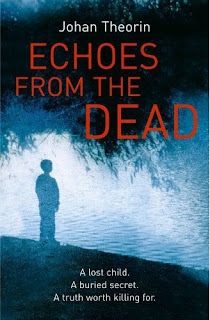 Protagonist: Julia Davidsson
Setting: Oland, Sweden
Rating: 5.0
Twenty years ago, Julia's 5-year-old son slipped out of his grandparents' garden and vanished into the fog of this Swedish island, his body never found. But now, his grandfather Gerlof, who lives at a home for the elderly, has received one of the boy's sandals in the mail. He calls his daughter, and together they begin to try to solve the mystery. Their main suspect is the notorious murderer Nils Kant, a man who killed three people (or four, if you count his own brother's accidental drowning) before leaving Sweden. But Gerlof believes Kant returned and still lives on Oland. These two very unlikely heroes -- Gerlof, wracked by a disease that sometimes leaves him unable to walk, and Julia, alcoholic and still embittered after 20 years -- become stronger the more they delve into the case, with the help of Oland's lone policeman, Lennart Henriksson. This story moves slowly, and cuts between present-day and Nil's own story. But by the end, you've come to really care for these characters. The ending, therefore, is even more heart-wrenching. This is a story that will stay with me for a while.
Posted by Lourdes at 11:47 AM

Email ThisBlogThis!Share to TwitterShare to FacebookShare to Pinterest
Labels: Echoes from the Dead, Johan Theorin

I've given you an award Lourdes.
See http://paradise-mysteries.blogspot.com/2009/03/sisterhood-spreading-love.html

I usually enjoy any Swedish mysteries I read, this one sounds intriguing. Thanks for reviewing it.