The Sex Club by L.J. Sellers 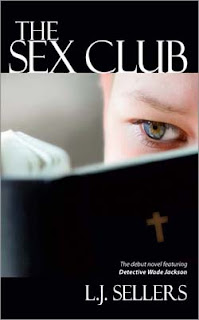 From the title, you might expect some tawdry book, but this is a crime novel with some important points to make. The "sex club" refers to a group of middle-school kids, 13 to 15 years old, who get caught up in sex games that turn deadly when the body of one girl is found naked in a dumpster. Det. Jackson knew the girl -- she was a friend of his daughter (Sellers paints a nice portrait of him as a separated dad trying to raise a teenage daughter). He's helped by Kera Kollmorgan, a nurse at a Planned Parenthood clinic, who has begun to notice trends among the teen patients and formed her theories -- but patient confidentiality prevents her from telling Jackson everything.

To add to the tension, the clinic is bombed by a religious fundamentalist, also the mother of one of the sex club members. Soon, the mother is targeting Kera herself -- for death. There's a somewhat predictable ending, but before she gets there Sellers weaves in some issues to think about, such as the importance of sex education in schools. And that high school may already be too late to start discussing these issues with kids. This is Sellers' debut book, and I very much look forward to reading her next one.
Posted by Lourdes at 2:54 PM